Historically, Chimney boards were used to seal hearths against draughts and soot in the summer and to beautify the gaping hole of the unused fireplace. They often featured paintings of vases and flowers, a frequent sight in the hearth during the summer months. The earliest surviving chimney boards are Continental and date from the late 17th Century. Although rarer in England, chimney boards were more popular in the American colonies, where they became a branch of folk art.

My own chimney boards are painted on wooden board and feature painted handmade feet so they can stand up, and wooden knobs so they can be easily lifted in and out of position. 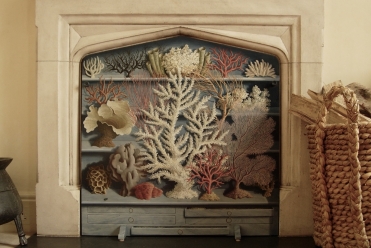 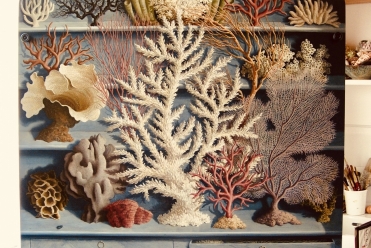 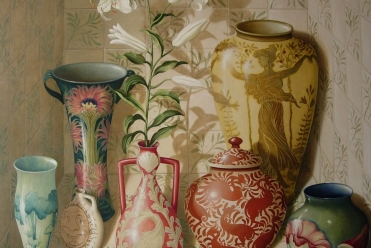 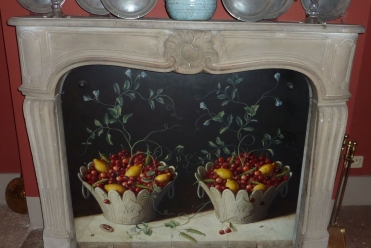 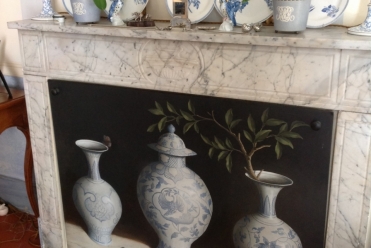 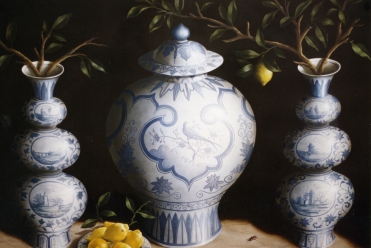 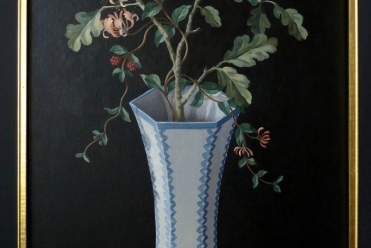 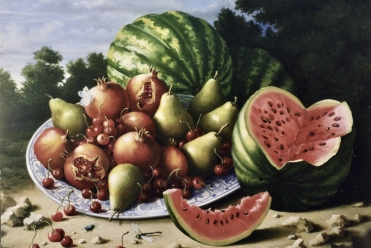 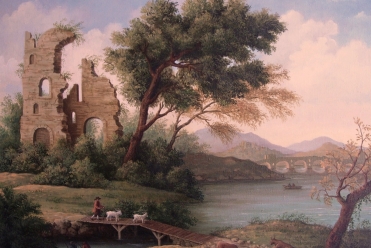